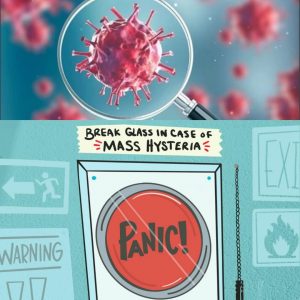 In the midst of the media and government induced panic over the corona virus, objective, impartial voices are being drowned out by fear hustlers and alarmists, government officials posturing to cover their own butts, and “woke” types taking to social media “shaming” those who refuse to stand by and do nothing as the economic collapse generated by this rolls in on them.

I’ve identified most who are cheerleaders in the national “quarantine camp” who will be first to attack any objective, independent thinker who questions the narrative constantly being beaten into the populace.  You can spot them pretty quick. 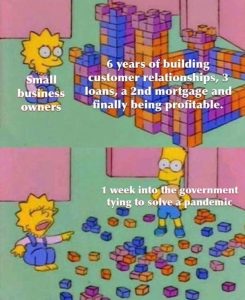 To those, like me, who have to pretty much stand by and watch this self inflicted destruction to “save grandma” demolish thousands of independently owned businesses and still work – because we ARE IT – I can only say, hold fast.  Continue to do whatever you think is best to survive, in the midst of this media generated panic and massive government induced carnage.  Continue to advocate for a more reasoned response to Covind-19, although at this point the blowback is going to be worse than anything the virus has, or could have, wrought.

Further Reading: From Quarantine To Tyranny To Rebellion: Where Is The Line In The Sand?