Like many older people who have lived through the challenging American cultural/media events of the last few decades, the current 2020 Minneapolis riots in the wake of the police killing of George Floyd is familiar territory. I try not to be cynical, but nothing has changed, nor will it. There is money to be made by the media, and fame and power to to achieved by race hustlers and morally bankrupt politicians and community leaders lying to the Black American community. Those courageous Black pastors and social commentators who still push on trying to make a difference. Maybe they can continue to save a few.

Anyway, current events brought back memories of this article I wrote for my web site in the wake of the ’92 Los Angeles Riots. Been there, saw that. Black Americans in Minneapolis arming themselves and protecting their lives and properties while the “Progressives” abandon them to the repercussions of their failed social policies are a throwback to the Koreans of LA who found themselves in the same unfortunate scenario, almost 38 years ago.

Driving through the contorted city was a surreal, strange experience. The columns ofL.A. riot fire smoke rose into the air like bizarre, branchless trees, some close, some miles off in the distance. The burning buildings right next to the freeway looked like movie props, a set carefully manufactured for the filming of a typical Hollywood action movie. Maybe a war movie? An assault on an enemy city? But this was real. The cross streets that ran under the overpasses of the 110 freeway were all but abandoned, except for the lone pedestrian darting across the pavement. At some intersections, there were a lot more. Angry, looting mobs, milling in the streets. Carloads of then flying up and down the freeways, up one on-ramp, and down another, on their gleeful, destructive ways.

I don’t know what compelled me to drive through there, but being in the area of South Central LA the day after the initial rioting began and watching it on the news, I had to see for myself what was really going on. I had picked up a load of product for the business and was at the “fork in the road.” Home was East, and away from the war zone. South Central was just to the West, and South down the 110.

Read The Rest: How Soon We Forget…

I saw this story from Todd Starnes on his web site first (Advisory: His web site is absolutely clogged with ads). Apparently Chicago Mayor Lori Lightfoot is sending around the Chicago cops to harass the people who chose to attend services at Cornerstone Baptist Church on May 17. Get this, they couldn’t enter the church because, “…our doors were locked as a normal safety precaution we take each service to protect our members from the escalating gun violence in Chicago,” the pastor said.  What an absurd situation the rest of us out here in middle America, Jesus Land, suburbia don’t have a clue about. This is a Christian church in an America “first world” city, with services behind locked doors as a security protocol to protect the congregation from the gun violence plaguing this Democrat run city – with strident “gun control” – now having to bravely face down the psycho city administration in their Jihad to enforce lockdown compliance (liquor stores and pot shops get a pass of course).

Yet, President Trump and Attorney General Bob Barr, in this same time frame, have stated, “Governors need to do the right thing and allow these very important essential places of faith to open right now — for this weekend,” with the implied threat that the Federal government would override, on Constitutional grounds, the decisions to keep churches locked down during this absurd q “quarantine.” And yes, to administration’s attackers who question if the Federal government can do this, yes they can.

So I ponder, will the Trump administration and AG Barr put up, or shut up? Time to walk the walk, not talk.  Barr and the administration needs to shut Mayor Lightfoot down.  California governor Gavin Newsom was smart enough to toe the line the very next day from the administration’s announcement. 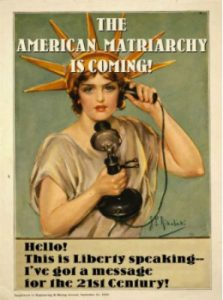 If you control the lexicon; the language, you control the debate and the culture.  Every term in this article should be being actively rejected in use or opposed by those who, indeed, recognize brainwashing.

There is no “new normal” except the current insanity foisted on us by a bunch of discredited “experts,” self-serving politicians interested in only covering their own butts, and a bunch of mindless lemmings cowering in fear furtively demanding an arbitrary “safety” that is never coming.

If you’ve been watching any type of media coverage or reading articles, you’ve probably seen or heard a plethora of words and phrases which are currently being perverted due to the coronavirus pandemic. I don’t know about you, but if I never heard “safe” or “new normal” again, I’d be a much happier person.

If you feel like people are being brainwashed through repetition, that’s because they are. Quite simply, these buzzwords and several others we’ll discuss are being used to indoctrinate the public.  As Joseph Goebbels, the Reich Minister of Propaganda of Nazi Germany, wrote:

Every reform, however necessary, will by weak minds be carried to an excess, that itself will need reforming.

The author over at Cold Fury makes some interesting rhetorical observations of an article here.  The last few remaining sane people in America have been able to start pushing back after the initial media generated fire storm (fodder provided by many since completely discredited “medical experts”) terrifying the nation’s populace over the Wuhan/Covid-19 virus.

I have been completely stunned and amazed at the reaction to the Covid-19 outbreak. It has been revealing.  Having lived through every “world ending pandemic” of the last forty years, that the government would even considering taking the overreaching, longterm destructive steps they have in this scenario is bad enough.

But what has been worse is response by society as a whole. I acknowledge as  a Christian I am obligated to:

“…Now we exhort you, brethren, warn them that are unruly, comfort the feebleminded, support the weak, be patient toward all men.” King James Version (KJV).

Nonetheless, it is another Biblical standard and mandate I struggle with, especially if the panicked, weak-minded response of my fellow citizens only enforces and undergirds the totalitarian bent of politicians and “experts” whose warped, excessive actions in this whole farce continues to cause such far reaching damage to society – enslaving everybody else.  You see them slobbering in support of the latest edict posted on some bureaucrat’s social media account as they hand down another repressive, useless edict during this “quarantine.”

“Bubble-Wrapped Americans: How the U.S. Became Obsessed with Physical and Emotional Safety” at the Burning Platform blog captures much of the history leading up to this sick state of people’s minds in our culture, especially the younger generations. I have been an observer of much of what he lays out.

All I can say to the weak, the feeble minded furtively looking for security at the hands of those who cannot provide it (although they will boastfully lie and posture – then abandon you when the inevitability of life catches up with you), death is inescapable.  You can hide in your home until “proper authorities” say it’s “safe,” but that’s never going to be reality. The rest of us have to push on with life.

Do you know Him?  Escape the fear mongers…

Read it all: “Bubble-Wrapped Americans: How the U.S. Became Obsessed with Physical and Emotional Safety”